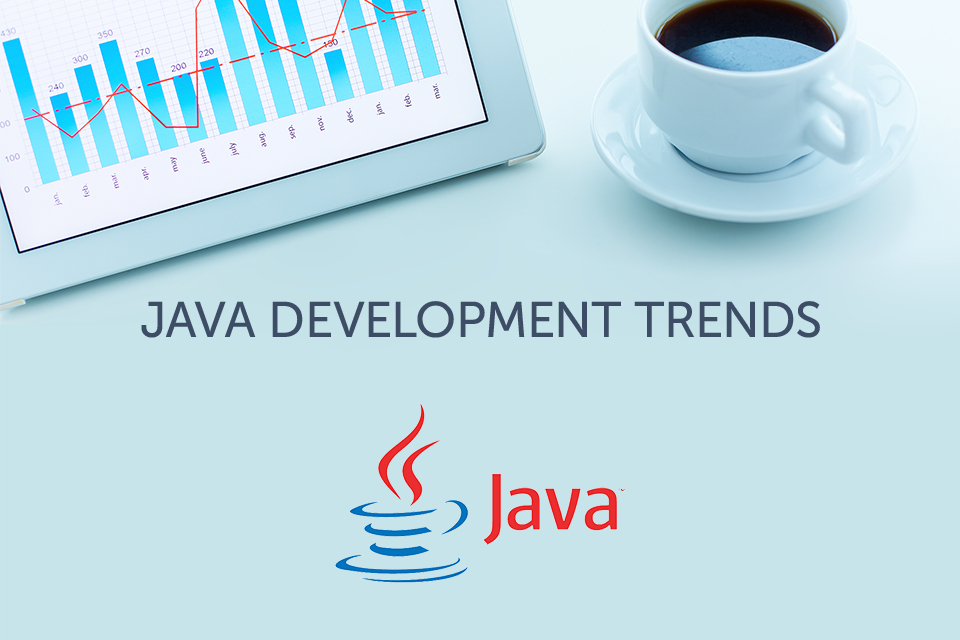 A few words about the language itself. Java was developed by Sun Microsystems, but in 2010 changed the owner as a result of company’s acquisition by Oracle. Over the past years Java “”made a lodgement” on the first position, taking other languages’ championship away. 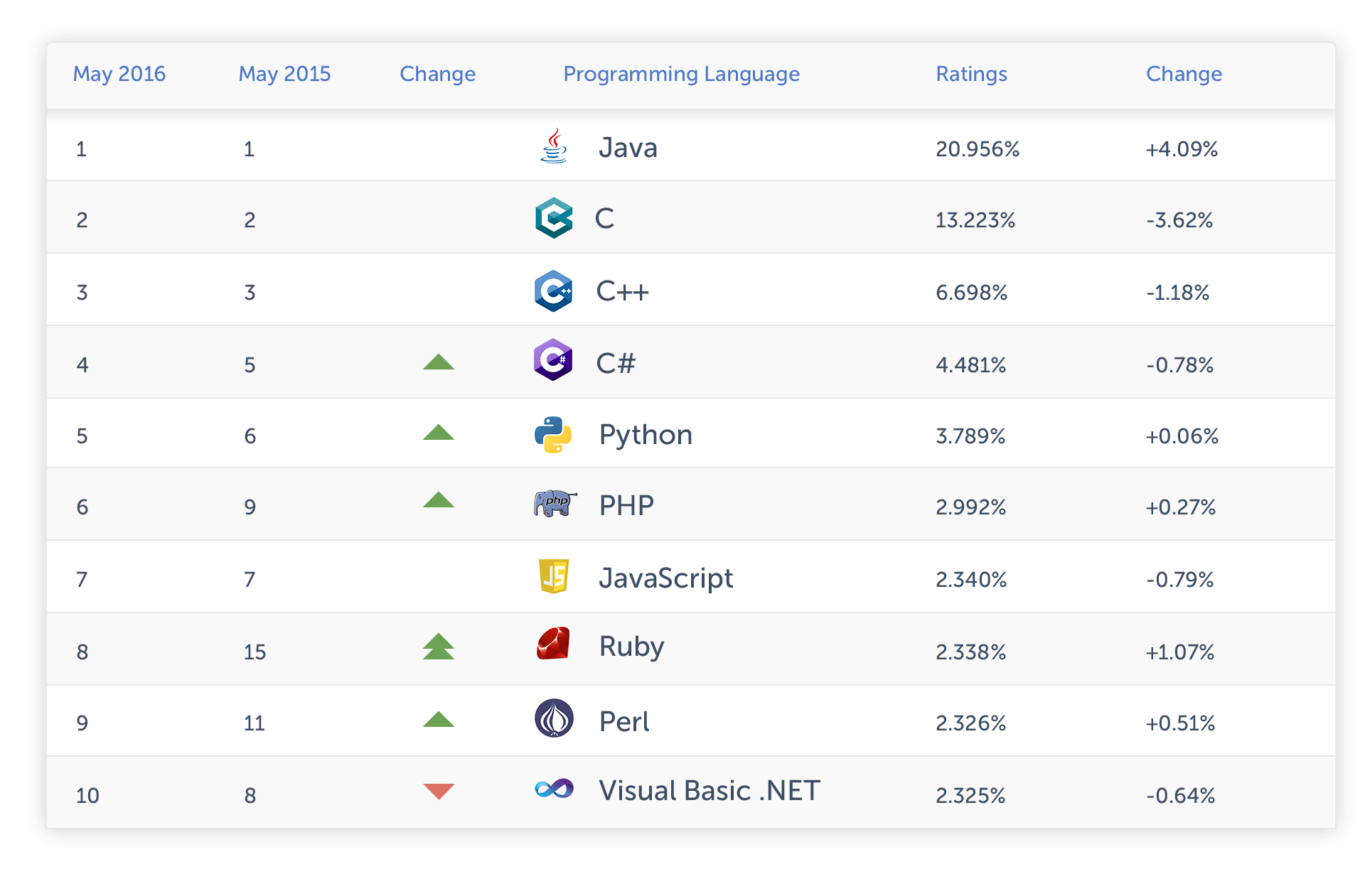 From the moment of its birth in 1995, Java faced both ups and downs. So, at the very beginning of its existence, famous Java took just the 25th place in the world while such giants as C and C++ (the first and the second place respectively) were the leaders.

And at present moment Java is the most popular programming language in the world, being ahead of C, C++ and many other languages (according to TIOBE Index, may 2016).

By the way, when Java only “went out into the world”, many analysts predicted its quick death. However, as we can see, they got so wrong…)

2. A leader in enterprise computing

Nowadays Java isn’t only the most popular programming language in the world, but also the most frequently used in software solutions development for enterprise computing including Java mobile and web application development.

So, why Java plays a leading role in enterprise computing?

First, this programming language offers a lot of excellent libraries for Java developers. Second, Java is an effective solution for large complicated projects as it’s distinguished by huge opportunities for scalability as well as the ability to withstand high loads, which is especially important for solutions for this industry.

Cameron Purdy, a senior vice president of development at Oracle, says that Java is a perfect solution for project development with further extension.

Next, Java applications can be developed for any platform. And Java provides a high-security level, so, to create secure products is easier. More information about Java strong and weak points, and also its comparison with PHP you can find in our post about Java and PHP.

Also, Java has widely used in writing solutions for Big Data, including Java mobile and web app development for high-speed data processing, data management, decision-making process automation, and so on.

3. The Internet of things

Speaking the language of science, the Internet of things is a network that consists of interconnected interacting devices (smartphones, sensors, etc.) able to gather and analyze information and pass it to the final user. Perhaps, at present moment IoT is among the few technologies that can consolidate all IT devices.

Fast IoT development gave rise to the emergence of apps, that is a connecting link between users and devices. Let’s take a smartphone. In this case, we speak about applications to manage smart houses, parking, lighting, etc. – to list everything is pretty difficult.

Mike Milinkovich, an executive director of the Eclipse Foundation believes that the future of Java is connected with the Internet of things. In his interview, he said that currently Oracle and its partners are focused on Java complex solution development for end-to-end data storage.

What concerns Java application development… Java is also an absolute leader! A high-security level and portability are one of the key factors for the first place.

Also, Java is supported by Intel IoT platform which is also a strong point. The conclusion is rather simple – Java will continue to stay at the first position in writing IoT apps.

Recently we have been able to observe a great increase in the number of Java developers as well as the demand for them. So, at present moment there are about 90 000 vacancies for Java developers in the USA.

This fact is directly connected to language popularity and its advantages. Featuring by scalability, versatility and other useful characteristics, Java is an effective solution for web and mobile application development.

Now Oracle is working on Java 9 planning the release for 2017. The project main objective is the possibility to segment JDK (Java Development Kit) into independent modules which will allow Java developers to use only those elements that are necessary for a certain application and without needless activation.

Thus, Java is one of the principal development trends for the present moment. The language has a long history with ups and downs. However, 9 million (!) developers write code on Java, which inspires the respect for this programming language and its advantages.

Over the past few years, Java has been (and continues to be) the most popular language in the world, and we believe that in the near future nothing will change.

We perfectly know all the strong Java points (and weak ones, look at our article about PHP and Java) as we actively use it in our mobile and web Java application development.

Java application development: the latest trends
5 (100%) 3 votes
Check out some other posts
CRM in Travel industry: What problems CRM solves in travel companies?
Come visit us in Belarus without visa
Why should start CRM software development? CRM benefits and use cases
Using RabbitMQ in building the system of leads generation
Where and how to employ eLearning software solutions?
SCORM in eLearning course and application development
Smartum Workflow
What to choose for custom iOS app development – Objective-C or Swift?
6 key roles in a software development team
×
×
DESCRIBE YOUR PROJECT OR IDEA AND
WE WILL CONTACT YOU WITHIN A DAY